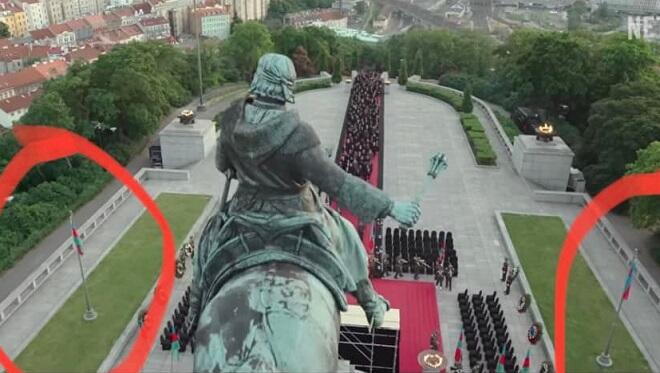 Axar.az reports that "Gray Man" is a film by the Russo brothers, starring Ryan Gosling and Chris Evans.

It should be noted that as a result of cooperation with the Netflix platform in 2021, there were reports that part of the shooting of the US-made blockbuster will be held in Baku.

"In the first frame, there are" Towers of Fire "in the background, and in the second frame, the space is actually around the National Monument in Vitkov in Prague, but the Azerbaijani flags on the edges. One of the characters in the film is Azerbaijani, "said Rufat Hasanov, head of the Cinematography Department of the Ministry of Culture.