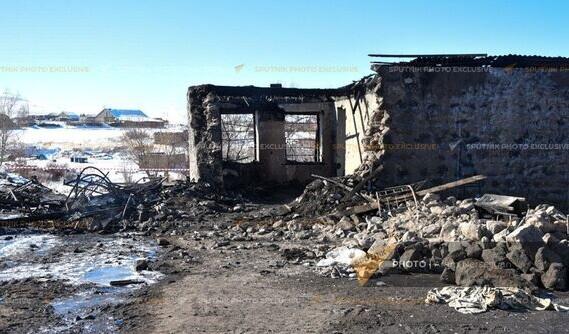 As we reported, a fire broke out in one of the military units located in the territory of Aghkilsa (Azad) village of the Goycha district of Armenia tonight (01:30).

Axar.az reports that the fire was caused by the use of gasoline in a wood stove.

It is reported that some of the soldiers who were sleeping when the fire started were poisoned by the smoke and did not even have a chance to get up. Those who woke up and tried to go out could not do so because of the strong fire in front of the door.

Their fellow soldiers tried to help them, but they also burned to death.

It should be noted that 15 soldiers died, including one officer, and 7 soldiers received burn injuries. The condition of the burn victims is serious.