Azerbaijan is an important partner of Hungary 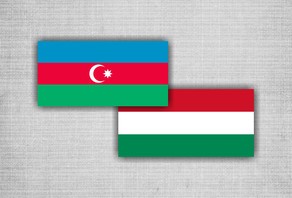 Hungary is interested in development of trade-economic and energy cooperation with Azerbaijan.

According to him, the two countries can expand cooperation in the field of pharmaceutics, industry.

"Azerbaijan is the most dynamically developing country in the region and an important partner of Hungary. Since 2013, the trade turnover between the two countries is growing, in spite of the fall in oil prices and the crisis in the global economy. Last year, index of trading was more than 65 mln. dollars. From Hungary to Azerbaijan mainly had been exported the pharmaceutical products", said M.Varga, adding that the Hungarian pharmaceutical companies could create a joint ventures in Azerbaijan.

M. Varga also noted the importance of opening a direct flight Budapest-Baku, which allows to develop relations not only in tourism but also in business.