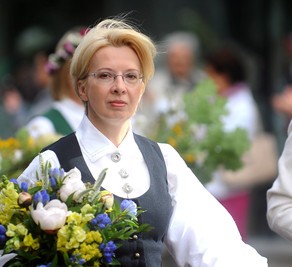 Chairman of the Latvian Saeima (parliament) Inara Murniece will visit Azerbaijan on October 3.

According to the Embassy of Latvia in Azerbaijan, Chairman of the Latvian Parliament will hold a series of official meetings in Baku, including in Azerbaijani Parliament (Milli Majlis).

During the visit, I. Murniece will discuss prospects of bilateral relations, as well as growth of cooperation between the two parliaments.

In addition, Chairman of the Parliament will participate in the opening of the exhibition devoted to the Jugendstil (style arts and crafts and fine arts) in Latvia, which will be held on October 4 at the National Library named after M. F. Akhundov.