Theatre of Young Spectators will perform at II Int'l Festival 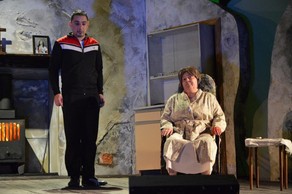 Staff of the Azerbaijan State Theatre of Young Spectators will participate in the II International Festival of Martin McDonagh, which will be held on October 1-7 in Perm (Russia).

According to the press service of the theater, the festival will bring together theater groups from Azerbaijan, Poland, Moldova, Scotland, Bosnia and Herzegovina, Russia, the Czech Republic, Iran and other countries. Baku theatre will perform The Beauty Queen of Leenane by Martin McDonagh.

Performance of the Azerbaijani theater is scheduled for October 4.