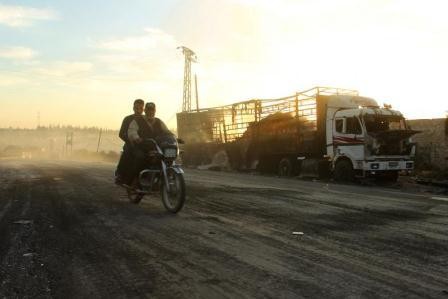 Analysis of satellite imagery of a deadly attack on an aid convoy in Syria last month showed that it was an air strike, a U.N. expert said on Wednesday.

Some 20 people were killed in the attack near Aleppo on the U.N. and Syrian Arab Red Crescent convoy. The United States blamed Russian aircraft. Moscow denies the charge.

"With our analysis we determined it was an air strike and I think multiple other sources have said that as well," Lars Bromley, research adviser at UNOSAT, told a Geneva news briefing.

United Nations Secretary-General Ban Ki-moon announced on Friday that he would establish an internal U.N. board of inquiry to investigate the attack and urged all parties to fully cooperate.