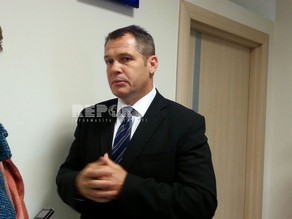 Czech Republic invested about two billion USD in Azerbaijan over the past six years and took sixth place in the list of the biggest investors in the country.

The diplomat reminded that the Czech companies are actively involved in international projects, including the Silk Road and the North-South.

"This is a great success of Azerbaijan - the organization of meeting of presidents of Russia, Iran and Azerbaijan in Baku in order to implement this project", ambassador said.

V. Pivonka said that memorandums of understanding (MOUs) between Azerbaijan and the Czech Republic in the fields of energy, education and internal affairs are expected to be signed.

He also pointed out that the two countries are actively developing cooperation in the sphere of science and education, in particular, has links with the universities of both countries."

Visit of the representatives of the Azerbaijan National Academy of Sciences (ANAS) to the Czech Republic is expected, during which the agreement will be signed on cooperation between the Academies of Sciences of the two countries", the diplomat said.