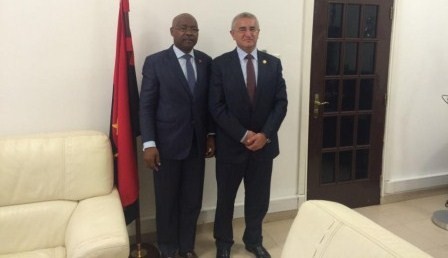 Azerbaijan's Ambassador to South Africa Elkhan Polukhov has visited Angola to discuss ways of developing relations between the two countries.

During his meetings with Angolan ministers of Higher Education, Youth and Sports, and Economy, the Azerbaijani ambassador highlighted economic and social reforms carried out in the country. He provided an insight into the government’s efforts to develop the non-oil sector, and also spoke of reforms implemented in Azerbaijan`s education sector.