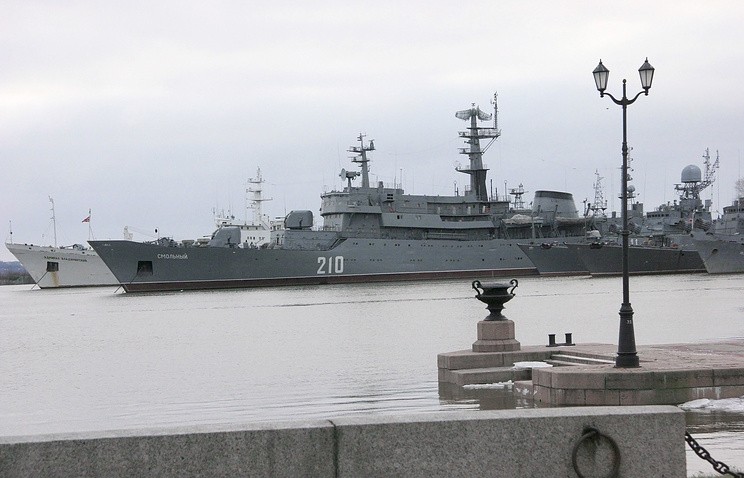 The Russian Baltic Fleet’s training ship Smolny has finished its visit to Greece’s Thessaloniki and is sailing off to its home port of Baltiysk, the fleet’s spokesman, Roman Martov told TASS on Monday.

"Over the four-day stay at the Greek port of Thessaloniki, The Smolny crew and an official delegation of the Russian Baltic Fleet led by the commander of the Leningrad naval base, Rear Admiral Igor Smolyak, took part in the unveiling ceremony of the bust of Russian famous naval commander, Admiral Fyodor Ushakov. The ceremony was held at Thessaloniki’s War Museum on October 21," Martov said.

As part of the visit’s program, the Baltic Fleet orchestra, which is onboard the ship, gave a concert at a Thessaloniki square. The Smolny crew were shown about the city and visited its museums.

Over its stay in Thessaloniki, the Smolny was open for general public, the spokesman added.