Leonard Cohen passed away at the age of 82 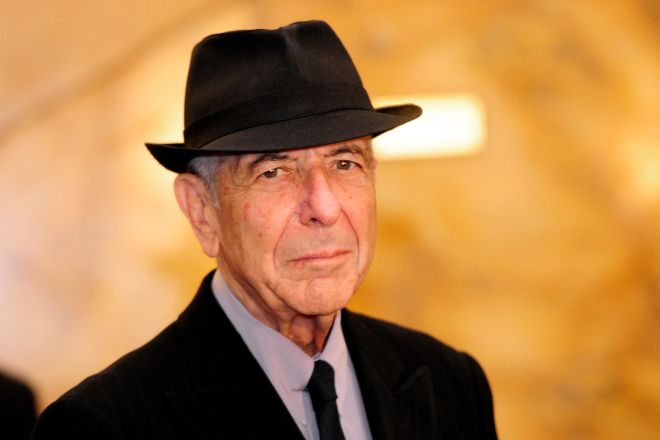 The "godfather of gloom," as he was called, had recorded more than a dozen albums, including his latest, "You Want It Darker," released in October, and had talked recently about being ready for death. A memorial will take place in Los Angeles, according to a statement by his management. No other details about his death were given.

Born on Sept. 21, 1934, in Canada, Mr. Cohen began as a writer but later turned to folk music. Early songs such as "Suzanne," "Bird On The Wire" and "Famous Blue Raincoat" were haunting and sparse, often accompanied by not much more than an acoustic guitar.

"The Partisan," a song Mr. Cohen covered and had learned at age 15, was about the French resistance to Nazi Germany. "Chelsea Hotel," one of his own compositions, was about singer Janis Joplin. On Thursday night, fans erected a make-shift memorial at the hotel in New York City with red wine, candles and hand-written notes.

If many folk singers in the 1960s looked outward to politics and social issues, Mr. Cohen turned inward, composing introspective, intimate songs that became something of genre unto themselves: Bedside folk music.

In the 1990s, Mr. Cohen developed a more synthetic, keyboard-driven sound and dipped more into politics ("The Future," "Democracy"). He remained a popular touring act, performing live until earlier this year. At different points he experienced financial difficulties after being defrauded by a long-time manager, spent time in a Zen monastery and released a book of poetry and drawings called "Book of Longing."

One of Mr. Cohen’s songs, "Hallelujah," has become a standard, having become popular after being covered by singer Jeff Buckley in 1994, who in turn was inspired by a cover by John Cale, a member of the Velvet Underground.

In an profile published in October in the New Yorker magazine, Mr. Cohen talked about the death of Marianne Ihlen, his long-time muse. In a letter to her when he learned she was near death, he said: "Well Marianne, it’s come to this time when we are really so old and our bodies are falling apart and I think I will follow you very soon. Know that I am so close behind you that if you stretch out your hand, I think you can reach mine."