Turkey hopes for progress with US on Gulen 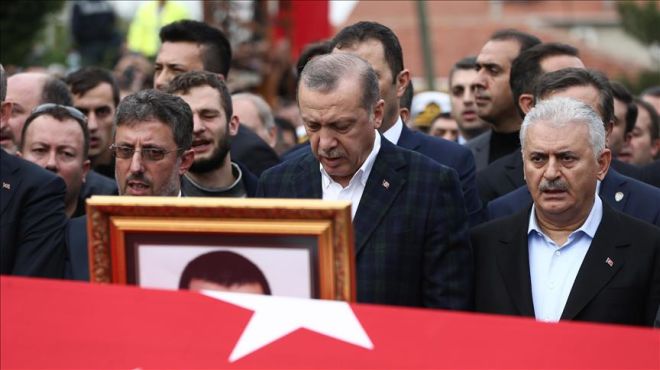 Turkey will decide whether or not to reinstate the death penalty, not the West, President Recep Tayyip Erdogan said Saturday.

"The issue of the death penalty is already on the government's agenda. I have said that I will approve it if the parliament takes this decision," Erdogan told a crowd in Turkey's northwestern province of Sakarya during the funeral of Muhammet Fatih Safiturk, the governor of Mardin's Derik district, who succumbed Friday to wounds sustained in a PKK terrorist attack.

"We will take the decision on this, not the West," Erdogan said.

The European Union -- to which Turkey is a candidate -- warned Ankara over the reinstatement of capital punishment saying it would end the membership process.

Since the foiled putsch, which martyred 246 people and wounded nearly 2,000 others in Turkey, officials have voiced calls for the death penalty to be reinstated for the putschists.

The Fetullah Terrorist Organization (FETO), which have orchestrated the July 15 coup attempt in Turkey and be behind a long-running campaign to overthrow the state through the infiltration of Turkish institutions.

The PKK -- listed as a terrorist organization by Turkey, the U.S., and EU -- resumed its decades-old armed campaign in July last year. Since then, more than 300 civilians and nearly 800 security personnel have been martyred. Around 8,000 PKK terrorists have been killed or apprehended.