Deployment of US radar in republic is 'pure fiction' 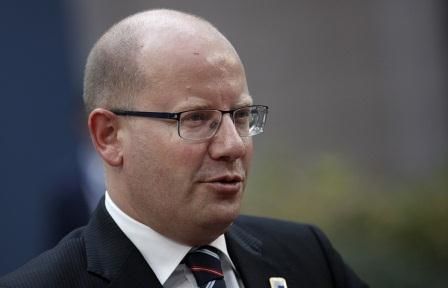 The Czech PM says statements about possible deployment of a global missile shield’s radar in the Czech Republic are 'pure fiction', 'it will never come true'.

Czech Prime Minister Bohuslav Sobotka said on Sunday statements by a number of U.S. politicians about possible deployment of a U.S. global missile shield’s radar in the Czech Republic are pure fiction.

"It is pure fiction. It will never come true," he told the Czech television.

"A radar in the Czech territory would mean further escalation in relations with Russia," he said. "We need to use the window opening after Donald Trump’s election [as U.S. president] to have the United States and Russia sit down at one table."

Sobotka said he is negative about possible revival of the topic of deployment of a U.S. radar in the Czech Republic that was closed several years ago. "Today, we have absolutely different problems in the sphere of security," he said, adding that the most pressing problem today is to put an end to the war in Syria.

Unless this problem is resolved, there will be no end to refugee flows to the European Union from the Middle East, he said.