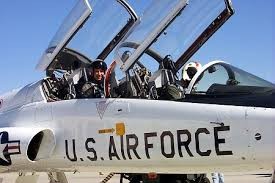 The Russian Defense Ministry said that the US Air Force Central Command apologized for US planes flying close to Russian jets over Syria.

"On October 17, the crew of a US aircraft E-3 AWACS pushed down by almost one kilometer from its height in violation of safety regulations and dangerously close approached a Russian Su-35 fighter jet in violation of all air safety rules in [Syrian] airspace near Deir ez-Zor," Maj. Gen. Igor Konashenkov said.

Shortly after the incident, the command of the Russian Aerospace Forces at the Hmeymim airbase in Syria's Latakia contacted the US side asking for explanations.