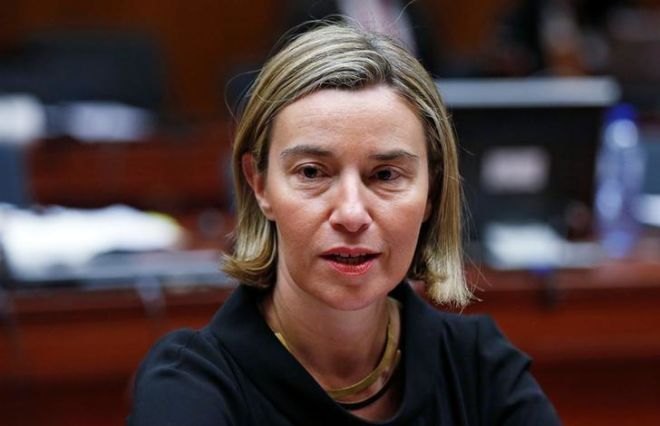 The European Union's foreign policy chief said she regretted Russia's decision to withdraw from the International Criminal Court (ICC), adding the EU would continue to support the institution.

"We regret the Russian Federation's decision," Federica Mogherini said in a statement on Thursday. "The European Union remains a staunch supporter of the ICC and is committed to full co-operation on the prevention of serious crimes falling under the jurisdiction of the Court," she added.

President Vladimir Putin signed an executive order on Wednesday removing Russia's signature from the ICC's founding treaty, piling pressure on a court that is already reeling from withdrawals by some African countries.