Putin, Obama likely to talk on sidelines of Lima summit 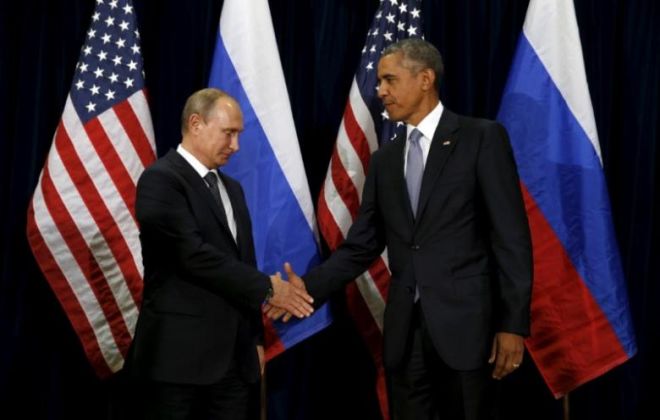 Russian President Vladimir Putin and U.S. President Barack Obama are likely to talk informally on the sidelines of an Asia-Pacific summit in Peru's capital this weekend, Kremlin spokesman Dmitry Peskov said on Friday.

"The two administrations have not agreed on any separate meetings, but we can assume that President Putin and President Obama will cross paths on the sidelines of the forum and will talk," Peskov told a conference call with reporters.