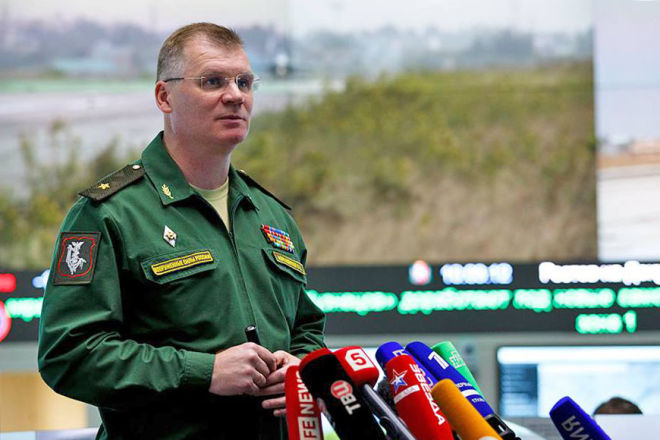 Russian military have proved the use of chemical agents by Syrian militants, the official spokesman for the Russian Defense Ministry, Gen Igor Konashenkov, said.

According to him, Russian Defense Ministry experts did an express identification of nine samples (fragments of mines and soil from craters produced by explosions) in District 1070 on the southwestern outskirts of Aleppo and the testing proved the munitions had been stuffed with chlorine and white phosphorous.

In addition, biological samples were taken from the four Syrians who had suffered from the use of chemical weapons by the militants. "They were taken for an in-depth analysis to a specialized laboratory in Russia," TASS cited Konashenkov as saying.

Now experts of the Russian Research Center for Radiation, Biological and Chemical Defense reporting to the Russian Armed Forces were continued the gathering of evidence on use of chemical weapons in Aleppo.

In spite of an invitation to do joint work, the Organization for the Prohibition of Chemical Weapons hasn’t delegated its experts to Aleppo to date. "However, this doesn’t stop some of its representatives from pinning labels in absentia and disregarding the facts of utilization of the chemical weapons against the peaceful residents of Aleppo," Konashenkov stressed.