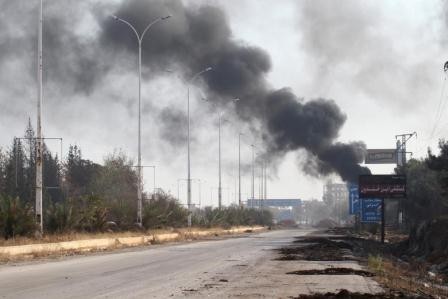 Russia's Defence Ministry said on Wednesday it would extend a moratorium on air strikes on the Syrian city of Aleppo until 1900 on Nov. 4 by order of Russian President Vladimir Putin.

Kremlin spokesman said on Tuesday that a temporary pause in Russian and Syrian government air strikes on Aleppo was still in force, but could not be extended if the rebels in the city did not halt their attacks.