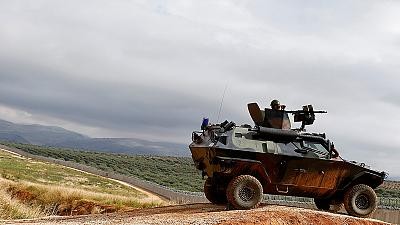 T urkey has described its military build-up on its border with Iraq as a precaution not a threat.

A convoy of Turkish tanks and other armoured cars has added to the tension between the two countries as the battle for Mosul rages.

The deployment at Silopi , while being close to the Iraq border is also one of the main areas of conflict between Turkey and Kurdish militants.

But on Tuesday Iraqi Prime Minister Haider al-Abadi, warned that Baghdad will respond against any Turkish incursion .

Anger is growing in Iraq over Turkey’s insistence of a role in taking on ISIL in the battle for Mosul.

Iraq sees it as cover for an invasion as Turkey widens its fight against terrorism.