Ivanka Trump: "I would spray my father with mace..." 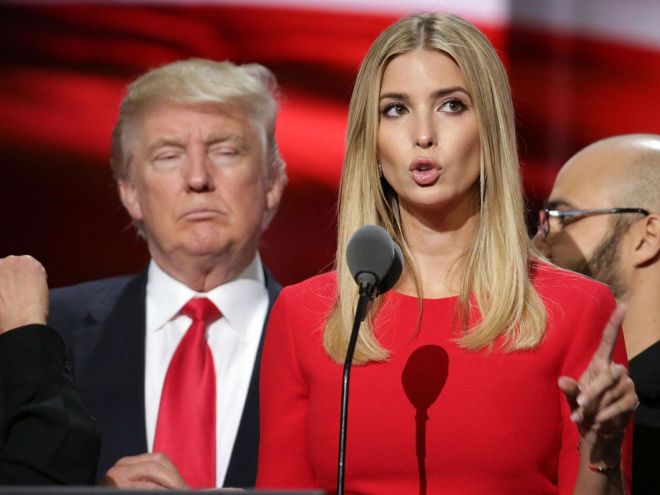 When her father joked he would date her if he weren’t her father, Miss Trump was quick to respond.

Ivanka Trump responded to her father Donald Trump’s remarks about her sex appeal by saying that if he wasn’t her father, she would spray him with self defence pepper spray, it has emerged.

While the President-elect’s eldest daughter has appeared to say little in response to a number of crude comments her father has made about her, it has emerged that in 2006, after Mr Trump publicly joked that he would date her if he weren’t her father, she was quick to respond.

Ivanka Trump, aged 24 at the time, said: “If he wasn’t my father, I would spray him with Mace.”

The President-elect’s fascination with his daughter’s looks has been no secret, and during the election campaign trail a number of comments he had made about her that were deemed inappropriate came to the surface.

The first-known incident was when Mr Trump, while watching his daughter host the 1997 Miss Teen USA pageant at the age of 16, turned to the then-Miss Universe and asked: “Don’t you think my daughter’s hot? She’s hot, right?”

In 2004, Mr Trump gave TV show host Howard Stern permission to his daughter as a “piece of a**”, and on the same show two years later he called her “very voluptuous”, and said that if she wasn’t his daughter “perhaps [he’d] be dating her”.

Asked how he would react if Ivanka, a former teen model, posed for Playboy, the billionaire had replied, “It would be really disappointing — not really — but it would depend on what's inside the magazine."

Mr Trump had then added: “I don't think Ivanka would do that, although she does have a very nice figure. I've said if Ivanka weren't my daughter, perhaps I'd be dating her.”

Mr Trump’s history of denigrating women came to fore of the US presidential debate, after audio tapes emerged of him boasting about “grabbing them by the p***y” from a 2005 recording of Access Hollywood.

Miss Trump defended her father amid sexual assault allegations in May, telling CBS: “Look, I'm not in every interaction my father has. But he's not a groper. It's not who he is. And I've known my father obviously my whole life and he has total respect for women.”

After the new audio clips emerged, she said her father's comments were “clearly inappropriate and offensive”, but commended him for "acknowledg[ing] this fact with an immediate apology to my family and the American people.”