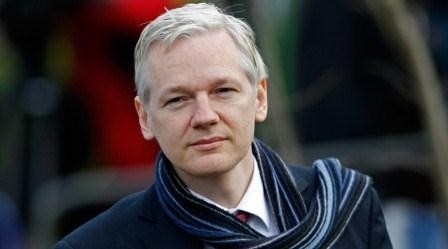 Swedish authorities said on Monday that a postponed interview with WikiLeaks founder Julian Assange about a rape allegation made against him in Sweden in 2010 will be held on Nov. 14.

The interview will be held at the Ecuadorean embassy in London where Mr. Assange sought asylum in June 2012.

The interview was originally set for Oct. 17 but was postponed to make it possible for Mr. Assange’s lawyer to be present.

The investigation into the rape allegation has been effectively on hold since Mr. Assange entered the Ecuadorean embassy because Swedish and Ecuadorean authorities and Mr. Assange’s legal team have been unable to agree on how and where Mr. Assange should be questioned until now.

A Swedish prosecutor and police officer will travel to London to attend the questioning which is to be carried out by an Ecuadorean official.

Mr. Assange hasn't been charged and denies the allegation of rape.

He was granted asylum by Ecuador after expressing fears that he might be deported to the U.S. to face charges over a WikiLeaks release of secret U.S. military and diplomatic documents.

The U.S. hasn’t charged Mr. Assange or requested his extradition.