Melania Trump is getting evicted from New York - Petition 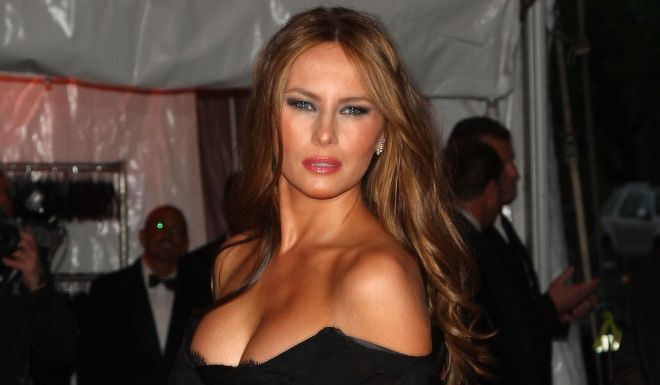 Almost 100,000 people have demanded Melania Trump pack her designer bags and leave New York, after it was announced the next First Lady of the United States intended to stay in the city until her son has finished the school year.

Usually, the family of new presidents immediately move into the White House in Washington DC, but this time Ms Trump wants to defy convention and stay behind - at an estimated expense of $1,000,000 a day in security costs to New York taxpayers.

The petition asks the Governor of New York, Andrew Cuomo, and City Mayor Bill De Blasio to refuse to pay to protect Donald Trump’s wife, after he moves out of Trump Tower, the 58-story skyscraper on Fifth Avenue in midtown Manhattan, where the family currently reside in the luxury penthouse.

“The New York taxpayers refuse to pay over $1 million a day so she can stay,” the petitioners wrote. “If this decision has been made, between the two of them they should be the ones to pay for it. Not New York taxpayer dollars that could be used on roads, schools, transit, sanitation, new jobs and other expenses that the city has.”

They added: “This is what tax dollars should be used for, improvements for the city and all the people of the city, not just one.”

Ms Trump has indicated she wants to stay under the crystal chandeliers and Greek-myth-painted ceilings of her home from when Mr Trump is sworn in, in January, until late spring or early summer when 10-year-old Barron's private school in Manhattan breaks for the summer.

She is said to regularly drop her son off at the school, fees for which are reportedly $40,000 a year.

“Melania is extremely close to Barron, and they have become closer during the campaign," a source close to the transition team told the New York Post.

”The campaign has been difficult for Barron, and she is really hoping to keep disruption to a minimum.”

Transition officials were also asked about their plans. Jason Miller, a spokesman for Mr Trump, told the newspaper: “No official statement has been released by the Trump family regarding transition timing, but like any parents, they are concerned about pulling their 10-year-old son out of school in the middle of the year.”

Their decision to remain in Trump Tower is expected to create particular set of security challenges for the Secret Service and the New York Police Department as the building is located on a busy street and members of the public can walk in and out of the building as they wish. The building has been surrounded by protesters, members of the press and police since the election result.

If his wife and son remain in New York, it is likely Mr Trump will fly back frequently to visit them, increasing costs to the city's police force.

A transition team source previously said the President-elect was having discussions with advisers about how many days of the week he will be required to spend in the White House.

During the presidential campaign, Mr Trump was known to fly back to Trump Tower late at night in order to wake up in his own bed.