At least 27 dead in Ankara blast 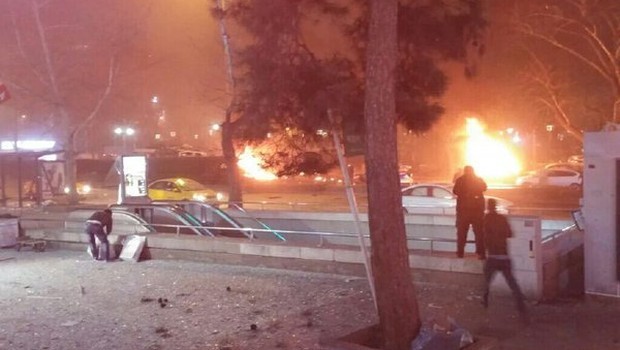 According to initial reports, several casualties are feared and some vehicles have also been reportedly damaged in the incident.

After the blast, several fire-fighting trucks and ambulances were seen rushing towards the scene.

Security forces evacuated the area in case there is a second blast.

The Ankara governor's office says the explosion in the Turkish capital has killed at least 27 people.

It said at least 75 others were wounded in the blast that occurred near Ankara's main square.

The explosion is believed to have been caused by a car bomb that went off close to bus stops.