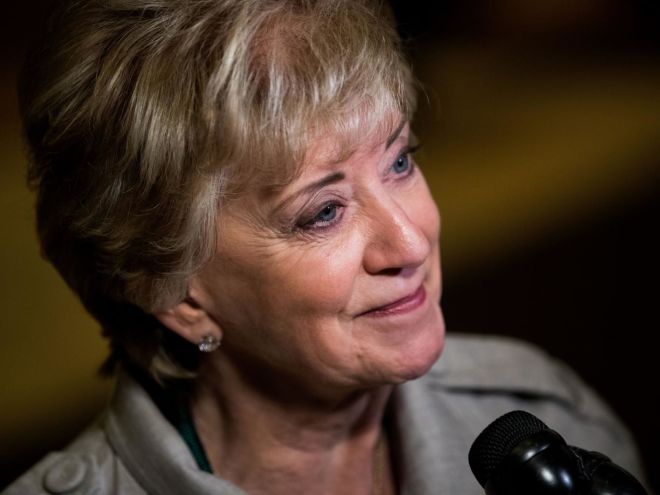 Ms McMahon was initially believed to be in line for the role of Commerce Secretary, but that title went to "King of Bankruptcy" Wilbur Ross last week.

Although choosing Ms McMahon, who is well known for co-founding the WWE with her husband Vince McMahon. She served as CEO of the professional wrestling company from 1997 to 2009.

"Linda has a tremendous background and is widely recognised as one of the country's top female executives advising businesses around the globe," the President-elect said in the announcement.

Ms McMahon initially campaigned for New Jersey Gov Chris Christie before switching over her support for the New York businessman. She was also critical of Mr Trump following the release of tapes that captured him bragging about sexually assaulting women.

Following her tenure with the WWE, Ms McMahon served on the Connecticut Board of Education in 2009. She stepped down from the role a year later to embark on an unsuccessful Senate campaign.

Mr Trump has been involved with the WWE as both a businessman and an entertainer for more than two decades.