‘Four years is a lifetime in American politics’ - Biden 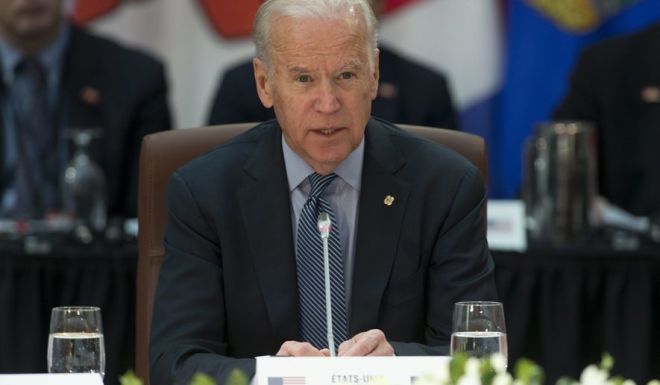 Vice President Joseph R. Biden Jr. walked back Sunday his recent comments about eyeing another White House run in 2020, saying that four years is a “lifetime in American politics.”

Mr. Biden, 74, who has run for president three times and flirted with a run this year, said his age could be an issue and the political landscape could shift dramatically before the next election.

“Age could be very much an issue and it could not be. It depends on the state of my health and the health of whomever is running,” he said in an interview on CNN’s “State of the Union.”

Mr. Biden ignited speculation about his presidential ambitions last week, when he made a quip to reporters about a run and then left it open to interpretation whether he was joking.

“Four years is a lifetime in American politics,” he said in the interview. “I think nominees are determined by the parties based mostly on what skill set is most needed at that time. Who knows where we’re gonna be two years from now when people start looking seriously about what they’re going to do?”