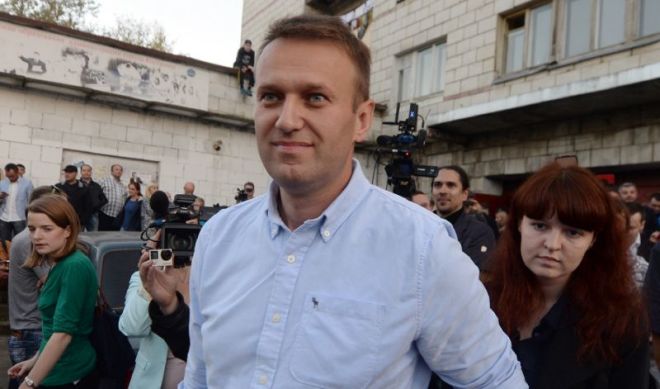 Russian opposition leader Alexei Navalny has officially announced his bid to run in the 2018 presidential election.

Navalny said in a video statement Tuesday posted on a new campaign website that "I will take part in the struggle for the post of president of Russia."

Russia's most widely-known opposition figure, Navalny has repeatedly accused Putin and his inner circle of corruption. Putin hasn't said whether he will seek a fourth presidential term in 2018 but he is widely expected to run.

The vote is scheduled to take place in March 2018.

Navalny said that "those in power have been there for 17 years and they have stopped taking notice of any criticism." He won almost 30 percent of the vote when he stood in 2013 Moscow mayoral elections.