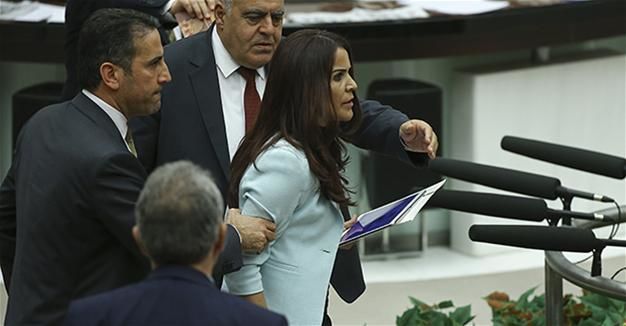 The HDP’s Diyarbakır deputy and parliamentary group deputy chair, Çağlar Demirel, and its Siirt deputy, Besime Konca, were detained in relation to an ongoing probe in Diyarbakır and Batman.

A local court later ordered the release of Konca on probation.

The detentions came a day after operations were conducted against a large number of suspects, including local HDP executives, over terror links in 11 Turkish provinces. The number of detentions rose to 372 and included individuals suspected of conducting propaganda on behalf of terrorist organizations on social media.

Meanwhile, in the western province of Balıkesir, eight HDP members including the party’s provincial head and district heads were detained on Dec. 13.

On the previous day, the provincial branch office of the party in Balıkesir was attacked by an armed assailant identified only by the initials A.C.

The attacker, who fired at the building with his gun, reportedly said “If you martyr police officers, I will shoot you.”

No one was reportedly present in the office during the attack and the suspect was later detained by police. A probe has been launched into the incident.