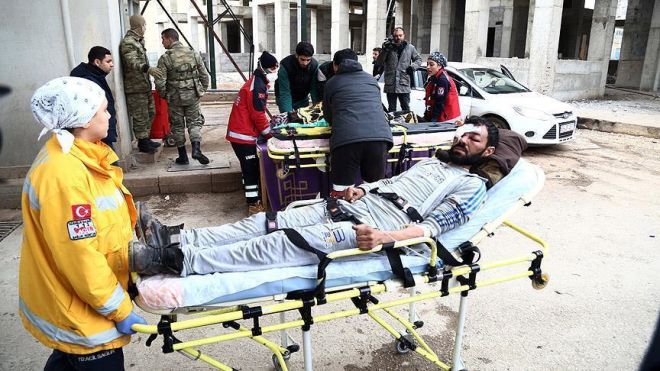 The number of injured evacuated from the war-battered city of Aleppo city to Turkish hospitals has risen to 131, Turkey’s Directorate General of Press and Information announced early Monday.

Axar.az reports citing to Anadolu Agency, the injured have been transported to hospitals in Turkey’s southern Hatay province.

Five of the injured succumbed to their wounds despite all efforts to save them at hospital, the directorate said in a statement.

Fifty-seven of the injured are being treated in neighboring city hospitals, and 12 have been discharged, it added.