Syrian army kills over 25 IS terrorists 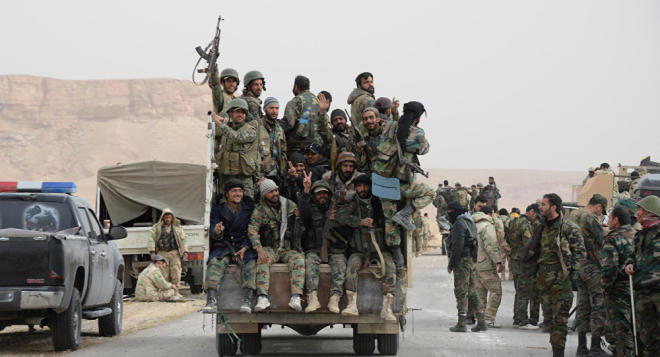 The Syrian Armed Forces killed more than 25 militants of the Daesh terrorist group west of the city of Palmyra, Syrian media reported Monday.

Axar.az reports referring to Sputniknews that, the operation took place in Homs Governorate, near the city of Palmyra, which IS militants stormed on December 12, the state-run, citing a military source.
Syrian army units and loyal militias have been forced to regroup at the Tiyas T4 airbase to the west of Palmyra and have been defending it against IS attacks.
The IS, outlawed in Russia and many other countries, first seized Palmyra in spring 2015 and a year later was forced out by Syrian government troops with air support from Russian jets.