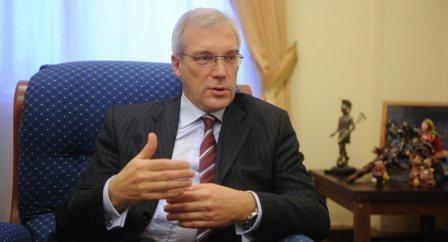 Creating a European Union army is an impossible dream, member states can only establish a joint General staff to plan and control military operations, Russian Ambassador to NATO Alexander Grushko said on Monday.

Axar.az reports, "Creating a European army is an impossible dream," he said. "The best they can do is establish some kind of a joint General staff consisting of military and civilian personnel that would plan and control all the military operations that involve the European Union. This is what the EU agencies have been contemplating," Grushko added.