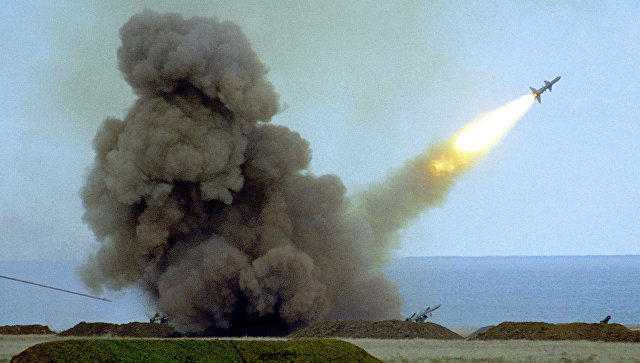 Iran on Wednesday tested ‘Sayyad-3’ missiles paired with ‘Talash’ homegrown missile system for the first during the on-going military exercise in the southern Persian Gulf provinces.

Capable of intercepting targets within a range of 150 kilometers and in high altitudes, Sayyad-3 has been paired with Talash missile system for the very first time during the country’s large-scale military exercise ‘Defenders of Velayat Skies 7’.

The Iranian military has also tested a number of high-precision missiles, including low and high-range missile defence systems – Mersad (Ambush) and Ya Zahra-3. The long-range aerospace telecommunications system named Aseman operated by Iran's army and the Islamic Revolution Guards Corps (IRGC) was also part of the drill, Fars news reports.

According to the official IRNA news agency, Iran's Air Defence Commander Brig. Gen. Farzad Esmaili said that "F-4 fighter jets and S300 defence missile systems will be test-fired during the three-day exercise which began on Monday".