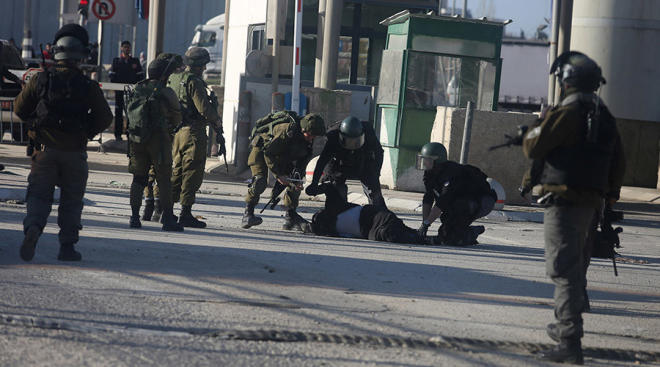 Israeli MPs from the Zionist Union have suggested holding a referendum on the status of the West Bank to let the people decide if it should become a part of a single Jewish state or a future State of Palestine after a pro-settlement minister called for annexation.

Isaac Herzog, the chairman of the Zionist Union, a center-left political alliance in the Knesset, the Israeli parliament, on Friday proposed to decide the fate of the West Bank in a plebiscite following a controversial poll released earlier. The poll showed that almost 40 percent of Israelis would favor the annexation of the entire West Bank. While the majority still would not mind the establishment of the Palestinian state alongside the Jewish one, only 30 percent agreed to accept it within 1967 borders.

In turn, the survey was prompted by remarks of Israeli hawkish politicians in the aftermath of the adoption of a UN resolution that denounces Israel’s rampant settlement activity on the occupied territory of the West Bank as having “no legal validity.” The resolution called on Israeli government to stop endangering the possibility of a two-state solution and immediately cease the settlement activity.

Israel’s education minister, Naftali Bennett, who is the leader of the nationalist Jewish Home Party, earlier suggested annexing large parts of the West Bank after US President-elect Donald Trump’s administration comes to power.

“Bennett, if you are so sure [the Israeli public favors annexation], let’s do a referendum now and decide whether we are heading to one or two states, without your mockery and arrogance,” Herzog said on Friday.

Another MP from the Zionist Union, Eitan Broshi, also slammed Bennett for his inflammatory remarks in the aftermath of the poll’s publication.

“If Bennett and his friends on the extreme right who have taken over the government believe their program has a majority – they are invited to help me in the coming days promote a decisive referendum on this issue,” Broshi said, as cited by i24.news.

Broshi noted that the results of the poll have clearly confirmed the “support for the two-state solution and opposition to a bi-national state crosses party lines.”

Speaking to Israel’s Channel 2 on Thursday, Bennet said that “Israeli government policy will be to annex Ma’ale Adumim,” an urban Israeli settlement with population of some 37,000 people, as soon as the incoming US administration moves into the White House, according to the Times of Israel.