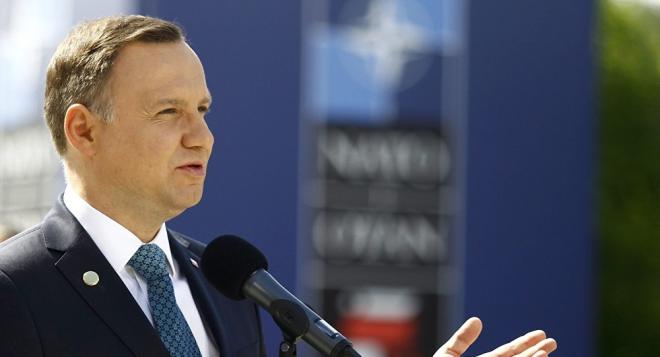 Polish President Andrzej Duda condemned Sunday the terrorist attack on a nightclub in Istanbul and extended condolences to families of the victims in a message to Turkish President Recep Tayyip Erdogan.

"I am deeply concerned with the news on the terrorist attack, conducted over the first hours of 2017 in Istanbul, I express deepest condolences on behalf of the Polish people and on my own behalf to those who lost their loved ones," Duda said, adding that he condemns the attack on defenseless people. Duda added that the international community would respond with progressive fight against the perpetrators of the attacks as well as with ensuring peace and security. The Reina nightclub on Istanbul's European side was attacked during New Year's eve celebrations by a man who, according to witnesses, was talking in Arabic. The attacker is said to have opened fire from a Kalashnikov assault rifle. The manhunt is underway. At least 39 people were killed, including 16 foreigners, and 69 injured as a result of the attack, according to the Turkish Interior Ministry.