Moment of the explosion in Baghdad - Video 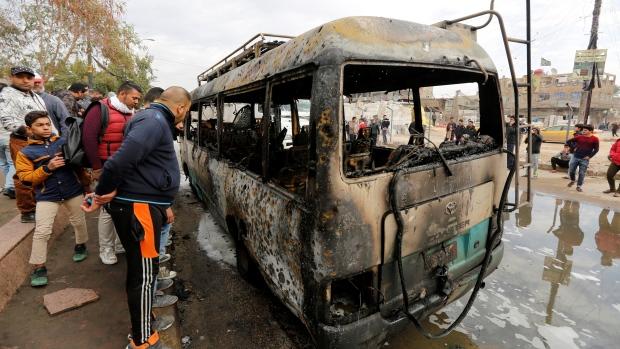 In the Internet appeared the video of the Baghdad bombing, which claimed the lives of 35 people.

Axar.az reports that the incident was recorded by surveillance cameras.

The attack in Baghdad occurred on 2 January 2017. Recall that the explosion occurred in a densely populated area of Baghdad this morning. Exploded a car bomb. Up to this point the number of dead has risen to 35 people, 61 people injured.

Responsibility for the attack was claimed by ISIS.