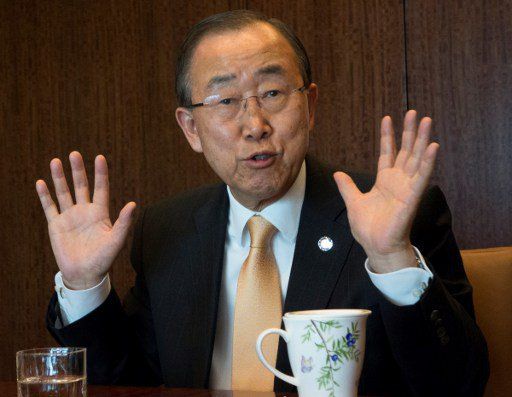 Former UN Secretary-General Ban Ki-moon has said he supports proposed changes to South Korea's parliamentary election system that would make it more open to smaller parties, an indication that he may intend to join such a party for his anticipated presidential run.

Ban, who has not officially announced his candidacy, said in a recent meeting with colleagues that he supported reforms proposed by the leader of the country's People's Party. The reforms would switch South Korea's current parliamentary election system from a single-seat constituency to a multiple-seat system, Yonhap reports, citing a source at the meeting.

The shift would weaken the hold of major parties on South Korea's National Assembly and give smaller parties more opportunities to be seated and heard.

Ban, who served as South Korea's foreign minister a decade ago but otherwise has relatively little domestic political experience, is nonetheless being courted by several major political groups, according to Yonhap. Among them are the New Conservative Party for Reform, a group that splintered off from the ruling Saenuri Party following the impeachment of current South Korean President Park Geun-hye, as well as members of the opposition coalition. Ban and his anticipated main rival, Moon Jae-in, former chair of the opposition Democratic Party, are seen as probable frontrunners in the next election. Early polls showed Ban ahead, but the most recent put Moon slightly in front. Park was impeached in December following a months-long influence-peddling scandal centered on her friend Choi Soon-sil. Choi and members of the president's administration have been arrested, with many other still under investigation. South Korea's Constitutional Court has six months to decide if the parliament's impeachment of Park was valid. If it is recognized as valid, presidential elections are to be called within two months.

Ban was recently hit with bribery allegations, which he denies.