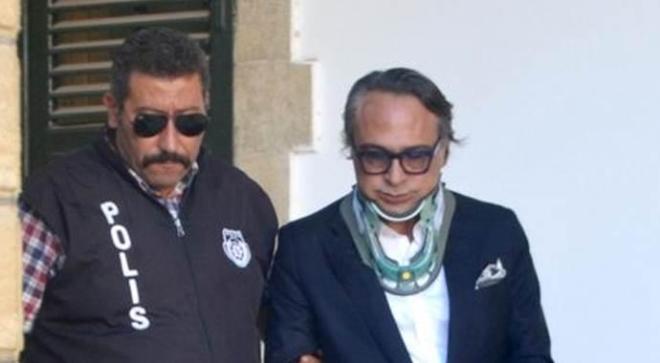 Turkish designer Barbaros Shansal on Jan. 3 was beaten by a group of assailants on the apron of Istanbul Atatürk Airport upon arrival after being expelled from Northern Cyprus over insensitive social media posts, which prompted his detention at the airport by Istanbul police.

An Istanbul court later ordered the arrest of Shansal on charges of "inciting hatred among public or insult."

Shansal was expelled on Jan. 2 from Northern Cyprus, where he had gone to spend New Year’s Eve, after posting a video on social media calling on people to “continue to celebrate while there is this much filthiness, vileness, and impoverishment” in Turkey. At the end of the video Shansal also recorded himself cursing the country.

After leaving Northern Cyprus and arriving at Istanbul’s Atatürk Airport, Shansal was recorded on a phone camera being attacked by a group of men on the apron. The attack intensified after he fell on the steps leading from the plane, and his lawyer said he was injured in his back, kidneys and crotch.

The attackers were dispersed by anti-terror police officers escorting him and Shansal was taken to a police station to be interrogated after being directly taken to a vehicle waiting at the apron.

At the police headquarters Shansal was questioned about the content of his posts and said his “aim in recording the video had been distorted.”

“We could not resist our national feelings. We shouted. But due to police shield we could not do anything,” one of them reportedly said.

Other interrogated personnel acknowledged that Shansal was attacked but denied causing any injuries.