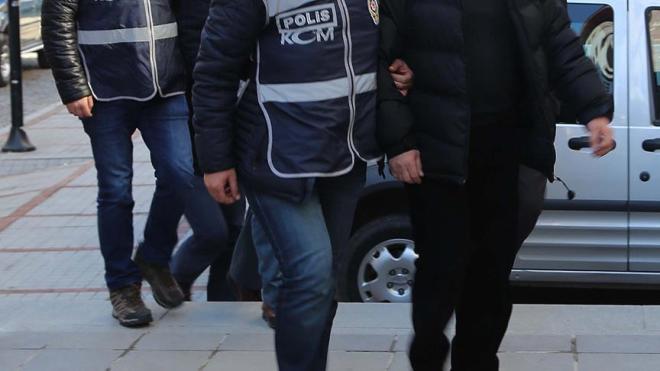 Bozdag confirmed the numbers at the funeral ceremony held for the martyred police officer.

“The investigation has been carried out thoroughly and fairly,” he said.

Identities of the terrorists were verified but could not be revealed for the sake of the investigation, Bozdag added.

Meanwhile, two people held in connection with the gun-and-bomb terrorist attack in Izmir were released on Friday, according to a police source.

The attack occurred just outside a courthouse when police officer Fethi Sekin stopped a suspicious vehicle, which turned out to be carrying explosives.

The ensuing clash and a car-bomb attack left Sekin and a court official martyred and five others injured as a bigger blast involving another vehicle was thwarted, according to Governor Erol Ayyildiz.

A week later, a suicide car bomb attack by the PKK hit a public bus in the central Anatolian city of Kayseri, martyring 14 soldiers.

On Jan. 1, an armed attack on a nightclub in Istanbul during the New Year celebrations martyred 39 people.