Turkey's power was not enough to ensure that 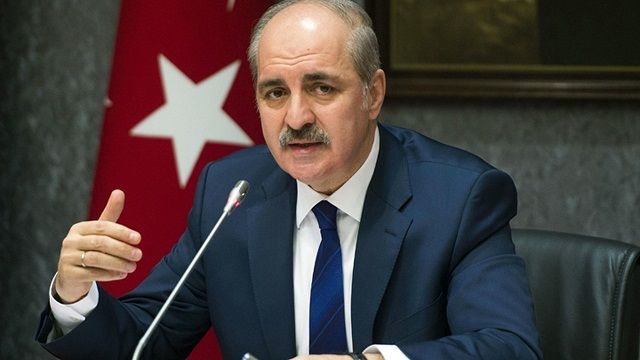 Turkey's Deputy Prime Minister Numan Kurtulmus said Friday that he is "hopeful about a new period" for recently-strained relations with Iraq.

"We aim to improve our relations both with the central Iraqi government and the Kurdish Regional Government," Kurtulmus told Iraqi TV channel Rudaw..

Stating that the political tensions in the region also had a negative impact on relations with Iraq, he said both countries had the intention to solve the existing problems.

"We hope that this visit will form new basis for a joint fight against terrorism and that such a common fight will strengthen the governments of both countries."

"Turkey's presence there is part of the fight against Daesh," he added.

Turkey has maintained a long-standing training base near Bashiqa, around 20 kilometers (12 miles) northeast of Mosul. However, it has created tension between Ankara and Baghdad, with Iraqi lawmakers calling for their removal.

About the media claims that Turkey changed it policy over Syria, the deputy prime minister said Ankara's stance on Syria was "definitely right from the very beginning."

"We have supported the Syrian people and demanded a democratic transition period," he said, adding Turkey's power was not enough to ensure that.

He also criticized the international community for not providing enough support. "I wish the regional countries could have come together to solve the Syrian issue without any involvement from other countries."

Referring to the joint efforts by Turkey and Russia over the issue, Kurtulmus said they were trying to establish a new "peace perspective" for Syria.