Erdogan and Theresa May agreed on Cyprus 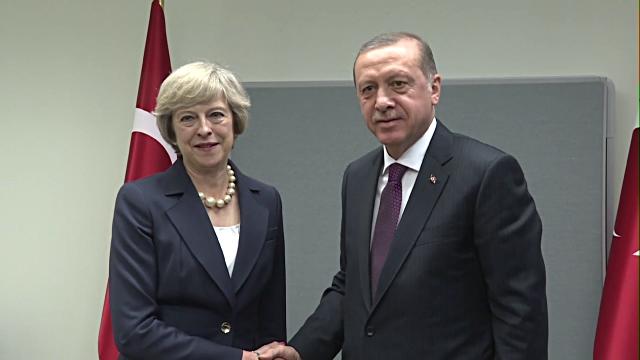 Turkey and the U.K. have agreed upon the importance of reaching a settlement on the divided island of Cyprus ahead of next week’s summit in the Swiss capital, Geneva, according to a Downing Street statement on Saturday.

A government spokesman underlined Erdogan and May "agreed that the Geneva meeting was a real opportunity to secure a better future for Cyprus."

"They [leaders] agreed on the importance of reaching a successful resolution to the Cyprus peace talks in Geneva, noting that this was a real opportunity to secure a better future for Cyprus and to guarantee stability in the wider region," the statement said.

The British premier also expressed her sincere condolences over the recent terror attacks in Istanbul and Izmir.

The statement added May was looking forward to her visit to Turkey.

The Cyprus reunification talks will start on Jan. 9 in Geneva.

If a deal is reached on territorial changes, negotiators are expected to announce a date for a final summit between the Turkish and Greek Cypriot leaders and three other states involved in the process as guarantor countries: Turkey, Greece, and the U.K.