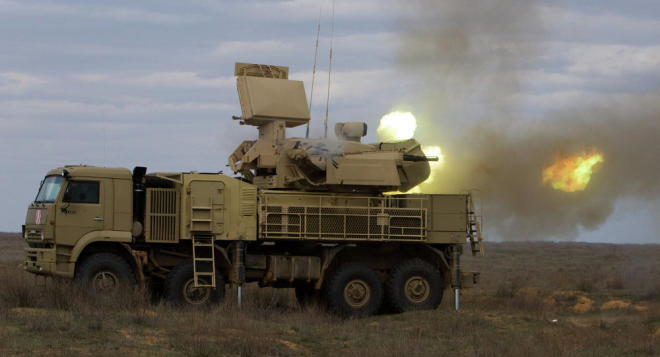 Two regiments of Pantsir-S and S-400 air defense missile systems were placed on combat duty in Crimea in December and January, RNS reported, citing the press service of the Southern Military District of the Russian Defense Ministry.

Axar.az reports that, “A regiment of S-400 Triumf missiles entered service in Crimea in December 2016 and a number of Pantsir-S missile and anti-aircraft artillery systems were placed on combat duty on January 1, 2017,” the press service said in a statement. Since early 2016 the forces of the Southern Military District have also added to their rosters over 40 Su-25SM and Su-30SM fighter jets, Mi-8ATMSH Terminator and Ka-52 Alligator, Mi-28N Night Hunter and Mi-26 combat helicopters.

The early versions go back to the mid-1990s and the current version entered service in 2012. The system boasts the latest air defense technology by using phased-array radars for both target acquisition and tracking. The system is armed with a pair of dual 2AQ38M 30 mm automatic cannons and up to twelve 57Eb-E two-stage solid fuel radio-command-guided surface-to-air missiles capable of hitting targets up to 20 kilometers away and at altitudes of up to 15 kilometers.