Putin 'Has to respond to NATO's military buildup' 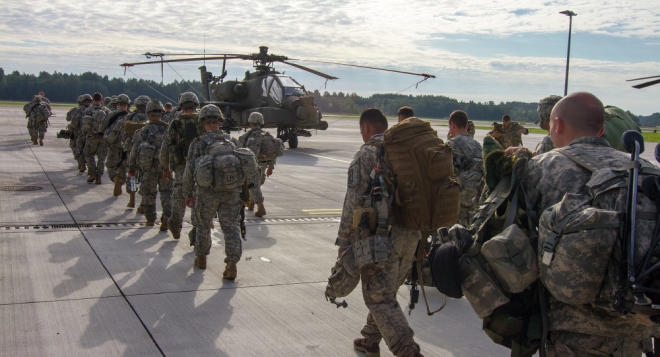 The Kremlin will have to respond to NATO's muscle flexing in Eastern Europe and the Baltics because Moscow sees it as a threat, Dr. Martin McCauley, Senior Lecturer at the University of London, commenting on the Pentagon's latest deployment to the region.

"From the point of view of the risk of war [this step] increases it because NATO deploying more troops to the Baltic states and Poland will be seen as a threat by Vladimir Putin and he will respond in kind. He has to respond in kind," the analyst said. "I would expect Russia to in fact take measures to put even more troops near the borders with the Baltic states and perhaps more missiles in the Kaliningrad Region. It's a tit for tat," he explained.