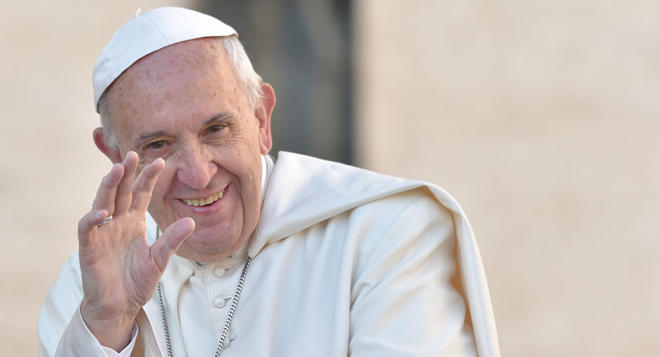 Pope Francis called on the global community on Monday to stop a humanitarian catastrophe in Syria and settle the ongoing crisis completely by conducting thorough talks.

Axar.az reports, “I appeal to the international community to make every effort to encourage serious negotiations for an end to the conflict, which is causing a genuine human catastrophe. Each of the parties must give priority to international humanitarian law, and guarantee the protection of civilians and needed humanitarian aid for the populace,” Pope Francis said in his address to the Diplomatic Corps accredited to the Holy See, as quoted by Vatican Radio.

The recent ceasefire between the Syrian government and opposition fractions may bring hope to the Syrian nation, the pontiff added. Pope Francis has repeatedly called for an end of the conflict in Syria, condemning terrorist attacks.

Since 2011, Syria has been engulfed in a civil war, with government forces fighting against numerous opposition and terrorist groups, including Daesh, which is banned in a range of countries, including Russia. A nationwide ceasefire in Syria took effect at midnight on December 30. Russia and Turkey serve as guarantors of the deal.

The intra-Syrian talks between the sides of the conflict are set to be held in Kazakhstan in January. The Astana talks are likely to be followed by the next round of UN-backed talks in Geneva, which were supposed to take place in February 2016, but were suspended two days after kicking off.