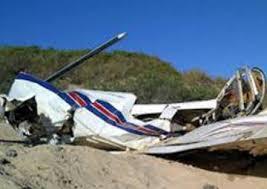 Axar.az reports that, the aircraft, belonging to the privately-owned Fuhang aviation academy in Jilin Province, crashed at Caihu airport in Faku County, a few minutes after it took off, according to an official of Faku.

The cause of the crash is under investigation..