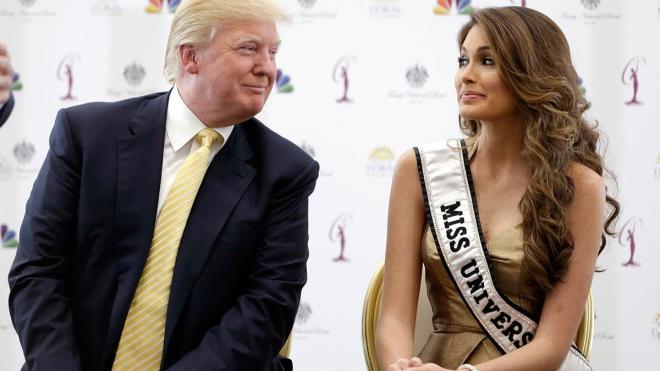 The intelligence report regarding the secret dossier, which the President-elect labeled “phony, fake news,” claims that there was a video of the urine party filmed by Russian intelligence agencies, although there is no evidence to support that any recording exists.

“Trump‘s (perverted) conduct in Moscow included hiring the presidential suite of the Ritz Carlton Hotel, where he knew President and Mrs. Obama (who he hated) had stayed on one of their official trips to Russia, and defiling the bed where they had slept by employing a number of prostitutes to perform a ‘golden showers’ (urination) show in front of him. The hotel was known to be under FSB control with microphones and concealed cameras in all the main rooms to record anything they wanted to,” the report boldly claims.

Not letting the fact that there is zero evidence that the report is true get in the way of a fun story, Penthouse is still hoping to get their hands on a leak of the ‘leaks.’ “We, along with the rest of the free world, are intrigued by the report alleging President-Elect Donald Trump employed sex workers to perform a ‘golden showers’ show in the presidential suite of the Ritz Carlton hotel in Moscow,” Penthouse told The Wrap.

Penthouse did throw some shade at the media outlets who reported on the story without proving it to be true, however.

“However, while many media outlets are content running a story based on conjecture and rumor, we at Penthouse are committed to the value of getting the story right rather than getting it first. So we are offering up to $1-million to secure exclusive rights to the FSB tapes documenting Trump’s Russian hotel hijinks. After all, seeing is believing.” The men’s magazine added that they support people celebrating their kinks, but if a video recording exists, people have a right to see it. “Penthouse Magazine has a rich history of celebrating people’s differences, fetishes and sexual preferences. We have also made great steps educating the public on the difference in having wild kinky fun versus engaging in risky or damaging behavior. We are comfortable giving our president-elect the benefit of the doubt, but if this footage exists, we the people deserve to know the truth.”