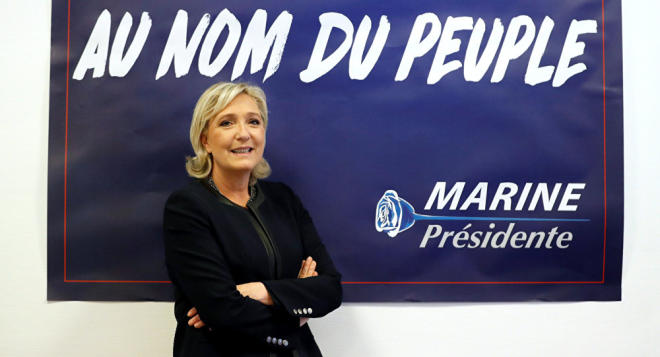 With less than four months until France’s election, Le Pen is currently leading opinion polls in the nation. The chief of staff of Le Pen’s presidential campaign, David Rachline, said in a statement that she was on a private trip to New York and did not elaborate on her plans during the trip. When approached by reporters in the lobby of Trump Tower, Le Pen declined to speak to them, shooing them away. “It’s not on her public agenda,” Rachline told Bloomberg when asked if she had plans to meet with Trump or officials close to him. “We don’t communicate about private visits.”

Magazine that no meeting was planned, but that if the Trump team requests one, she will be glad to accept. According to aides for the US president-elect, Trump did not have plans to meet with Le Pen, Bloomberg reported. She was not listed on Trump’s schedule nor the schedule of Trump’s chief strategist Steve Bannon. The Daily Mail reports that Le Pen was seen having coffee with Guido 'George' Lombardi, Trump’s neighbor who is known as his “European fixer.” When high level European leaders seek an audience with the US president-elect, Politico reports that he is the man they often go through.

Le Pen shares many of Trump’s policy proposals including a hardline stance on immigration, and is widely viewed as the French “anti-establishment” candidate. She has publicly supported the president-elect on multiple occasions, recently referring to him as a “sign of hope.”