Gambia's Jammeh agrees to step down 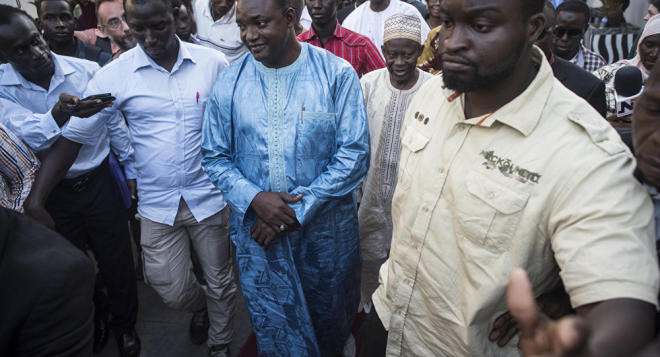 Axar.az reports that, in his address, Adama Barrow said that Jammeh is scheduled to leave Gambia today.

"I would like to inform you that Yahya Jammeh has agreed to step down. He is scheduled to depart Gambia today. #NewGambia," Barrow said on his Twitter account.
Barrow's inauguration ceremony was held on Thursday in neighboring Senegal as Jammeh had been refusing to leave, disputing the results of the late 2016 presidential election.

Economic Community of West African States (ECOWAS)-backed Senegalese and Nigerian forces entered the country late on Thursdaywe to ensure the transfer of por and gave Jammeh two deadlines to depart from office.