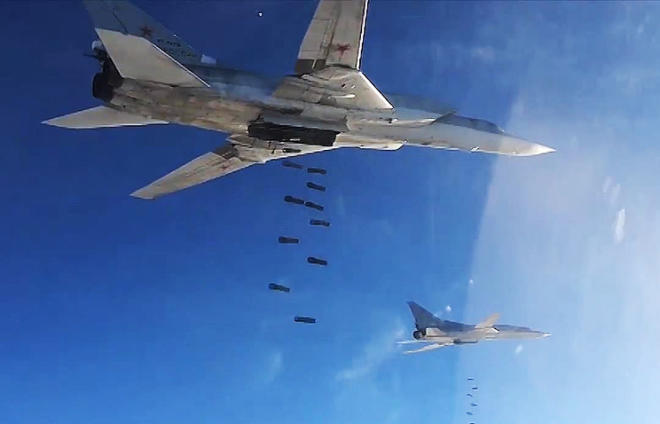 "The targets for strikes were camps of the bandit units, ammunition depots, groups of armored vehicles, and of manpower," the ministry said.

"The remote control data prove successful strikes on all the assigned facilities," the defense ministry said. "As the task was carried out, all Russian bombers have returned to their base airfields."
Coverage for the bombers was carried out by fighters Sukhoi Su-30SM and Su-35S from the Hmeymim airbase.