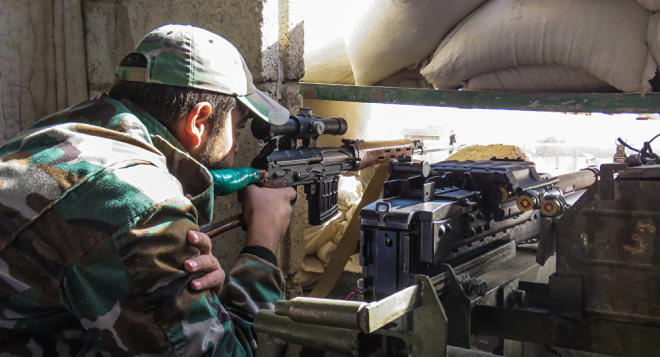 The Hmeymim-based Russian center for Syrian reconciliation expressed concern on Monday over sporadic violations of the Syrian ceasefire by government forces and demanded that the Syrian military leadership took appropriate measures to ensure compliance with fragile truce.

Axar.az reports that, the nationwide ceasefire in Syria backed by Russia and Turkey came into effect on December 30 and was later supported by a UN Security Council resolution. Russia and Turkey are monitoring and registering violations of the truce on a daily basis.
"The center is particularly concerned about sporadic violations of truce by the Syrian government forces," a high-ranking official from the center told.

"The Russian side has recently asked the Syrian military leadership to take appropriate steps to ensure strict compliance with the reached agreements by some field commanders," he said.

According to the official, the Russian-Turkish ceasefire monitoring commission registers on average six truce violations by all conflicting sides per day.