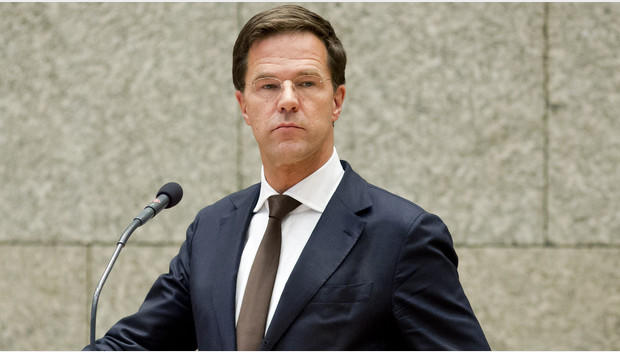 Weeks before Dutch voters go to the polls, Prime Minister Mark Rutte has said that anyone who rejects the country's values should leave.

Axar.az reports that, "Act normal, or go away," he says, in a message seen as taking on the anti-immigration Freedom party currently running high in the opinion polls.
The Dutch felt increasingly uncomfortable with people who abused the very freedom they came in search of, Mr Rutte argued.
Elections are taking place on 15 March.

Geert Wilders' Freedom party (PVV) is running neck-and-neck in the polls with Mr Rutte's liberal VVD and branded Mr Rutte's message as a downright lie. "The man of open borders, asylum tsunami, mass immigration, Islamisation, lies and deceit," Mr Wilders tweeted.
But even if Mr Wilders wins the election he will struggle to form a coalition, after Mr Rutte ruled out forming a government with the PVV.

Political commentators pointed out that the election was now being run on the national mood rather than traditional issues such as the economy and the government's handling of the financial crisis.
Last week Conservative CDA leader Sybrand Buma accused the prime minister, who came to power in October 2010, of presiding over a "moral crisis".