Turkey will not allow anyone to ruin Syria deal 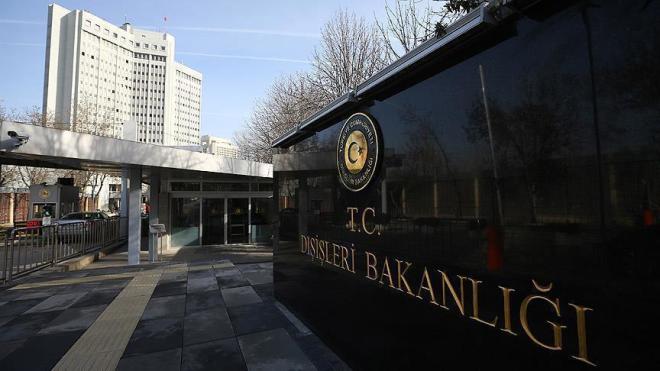 Ankara will not allow anyone to overshadow the efforts deployed to reach a permanent solution in Syria following the Astana peace talks, a Turkish Foreign Ministry Official said Thursday.

Axar.az reports that, during a routine press briefing in Ankara, the ministry spokesman Huseyin Muftuoglu said the Astana peace talks between fighting groups in Syria, earlier this week, had ended successfully.

“The meeting in Astana was not an alternative of a UN-brokered Geneva peace talk, rather a complementary one,” he said.

At the meeting in the Kazakh capital, Russia, Turkey and Iran agreed on establishing a trilateral mechanism to observe and ensure full compliance with a cease-fire in Syria.

The Astana talks, which focused on extending the cease-fire that came into effect in Syria on Dec. 30, 2016, included representatives of the regime, armed opposition groups, Russia, Turkey, Iran as well as UN special envoy Staffan de Mistura and U.S. ambassador to Kazakhstan, George Krol.

Muftuoglu stated the Syria peace negotiations were a continuous process, and there could be “several meetings, discussions, at both technical and political levels”.

He told journalists there could be expert-level meetings before the upcoming Geneva meeting scheduled for Feb. 8.

The spokesman added that Turkey would be vigilant in ensuring the success of the process, at any cost and against any who would want to jeopardize it. He called on the other guarantor states to show a similar stance.

Asked about Turkey’s view on Syrian President Bashar al-Assad’s role, Muftuoglu replied that the head of a regime that caused the death of around 600,00