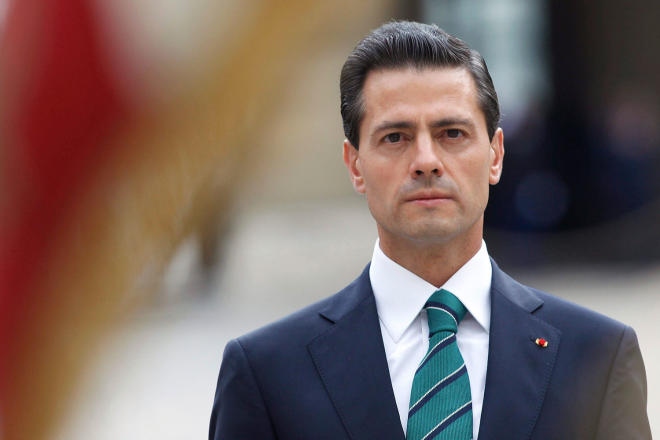 Axar.az reports that, the no-show comes a day after the new US president unveiled his plan to build a wall along the Mexico-US border.
He also insisted that the US would recoup the costs for the barrier from Mexico, which has strongly objected.
Senate Republicans said the US Congress would move ahead with the plan, and it would cost $12bn (£9.5bn) to $15bn.

Mr Pena Nieto announced that he had called off the 31 January trip after Mr Trump suggested he should do just that.
"The US has a 60 billion dollar trade deficit with Mexico," Mr Trump wrote on Twitter on Thursday morning.
"It has been a one-sided deal from the beginning of Nafta with massive numbers of jobs and companies lost.
"If Mexico is unwilling to pay for the badly needed wall, then it would be better to cancel the upcoming meeting."

Earlier Mr Pena Nieto said he "lamented" the plans for the barrier.
In a televised address, Mr Pena Nieto told the nation: "I've said time and again: Mexico won't pay for any wall.
"I regret and condemn the decision of the United States to continue construction of a wall that, for years, has divided us instead of uniting us."
Mr Pena Nieto met Mr Trump - then a presidential candidate - in Mexico City in September and came under intense criticism at home. His current approval ratings remain low.